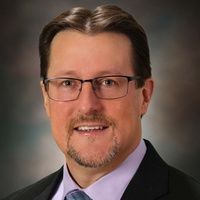 Chad has been a resident of North Central Ohio since 1985.  He graduated from Clear Fork High School in 1988 and earned his Bachelor of Science degree from Kent State University in 1992.

He began his career in the insurance & financial services industry in 1997 with Ohio National Financial Services.  In 2001, he moved on to learn the property & casualty insurance business with Nationwide, working for two exclusive agencies for six years.  During that time he became versed in farm insurance, personal lines and commercial lines, while continuing to produce financial services business at a high level.  He earned the 20/20 STAR award from Nationwide, having his name listed on a permanent plaque at the Nationwide Financial home office in Columbus.

In 2007, Chad left Nationwide to start his own Allstate agency from scratch.  He received various company awards for both insurance and financial services production during his tenure there, and received a great deal of name recognition in the Ashland community.

After three years, Chad sold his Allstate agency and, aligning himself with SIAA, started Compass Insurance & Financial Group.  The agency experienced tremendous growth, receiving the Top Performer Award in both 2011 and 2012 for being one of the fastest growing property and casualty insurance agencies in Ohio.  In 2020, the property & casualty insurance and financial services were split into separate entities:  Compass Insurance and Compass Financial Strategies.

At the founding of Compass Insurance & Financial Group, Chad returned to his roots in the financial services industry.  He is able to provide a broader array of products and services than he had been able to as a captive agent, including fee-based financial planning and investment advisory services.  He is licensed in Ohio for Property, Casualty, Life, Health, Accident and Variable Annuities, and holds securities registrations 63 and 65.  He specializes in providing financial solutions for families, professionals and business owners.

Chad is founder of the Successful by Choice Chapter of BNI® and a member of Million Dollar Round Table, Society of Financial Service Professionals, Ashland Chamber of Commerce and other community organizations, and is active in his church as well.  He resides with his family near Ashland.